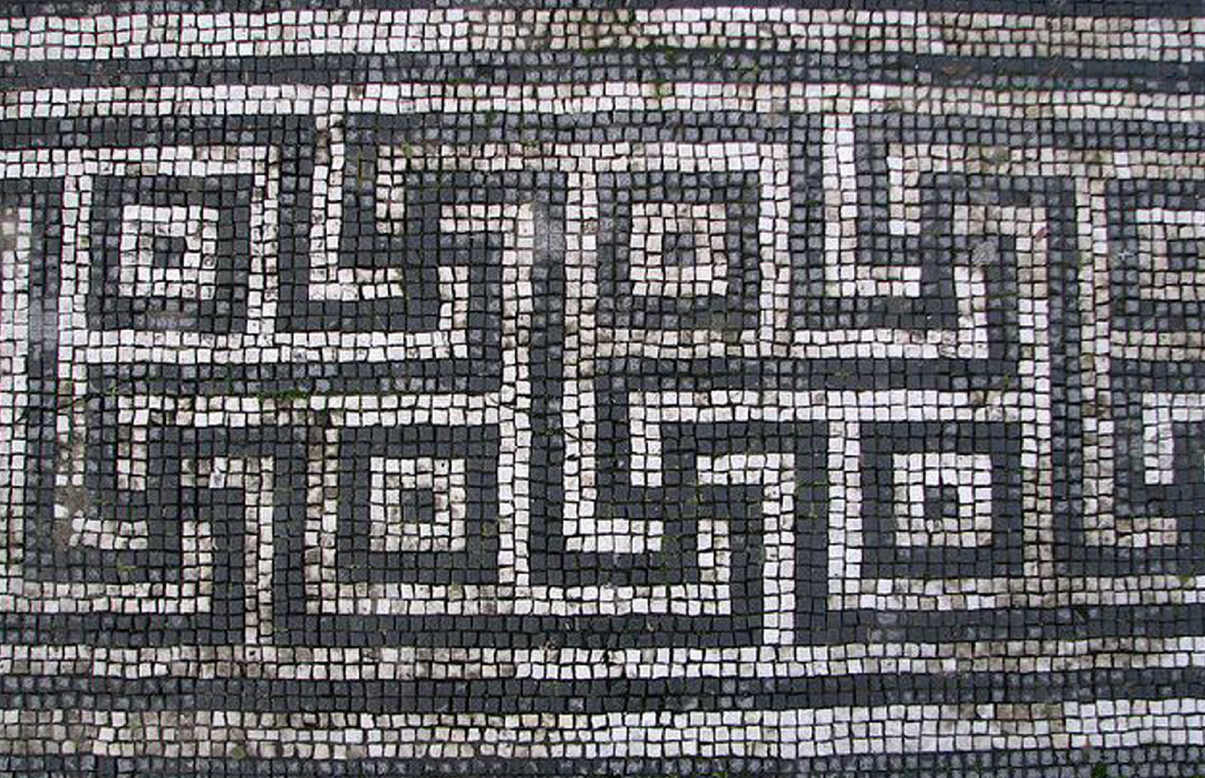 These are thought to be symbolic, diagrammatic and apotropaic. The apotropaic function of patterns is designed to prevent evil spirits from causing harm; the complex design also signals the pleasures of remaking and unmaking pattern, as with cryptography, puzzles, jigsaws, riddles and enigmas. In the Byzantine era decoration reflected the royalty and faith at the head of a theocratic society. Therefore, most of the decorative art pieces respected the importance of the religious aspects of society. These expectations were established in mosaics and textiles. The Byzantine achievements in mosaic decoration brought this art to an unprecedented level of monumentality and expressive power. Mosaics were applied to many surfaces of Byzantine churches in an established hierarchical order. Generally during the Byzantine period we can see the use of patterns in floors, textiles, stained glass and devotional objects. The most common decorative repeated patterns are the cross, geometric shapes, plants and flowers.

The ancient Greek meander symbol is the symbol of triumph and unity, a representation of the infinite and eternal life. Some scholars believe that it is inspired by the numerous bends of the river Maeander, which has a total length more than 500 kilometres and is located in south western Turkey, flowing through the ancient city of Caria. The swastika is a common pattern in contemporary architecture, present in Indian art as well as in ancient Western architecture, and found in mosaics, sculptures, and other works of art in the ancient world. Ancient Greek architecture and textiles are often decorated with the recurring pattern of the swastika which is often combined with meanders. The swastika is commonly found as a repeated element in mosaics and benches and represented constant motion, reflecting the design of a rotating windmill or watermill. Common architectural patterns in ancient Rome include edgings with linked swastikas which are also present in more recent buildings as a neoclassical element. Swastikas have also been found on pottery in archaeological excavations in ancient Kush. The word “mandala” means circle and comes from the Indian Sanskrit. The source of the mandala is the centre as a dot and it is a far from simple shape. It represents completeness, like a structural diagram of life related to the infinite. It is associated with both the Buddhist and Hindu religion and the hymns of some rituals dominated by cyclicality. Tibetans believe that the universe originated from these hymns, which contain genetic patterns of beings and things. They can be found as a sum of geometric shapes that symbolize the universe. The sand mandala pattern is also a diagram of a world pattern, a cosmogram, and of a Buddhist divine palace.